In the tumultuous weeks following the death last May of George Floyd, as he was handcuffed and pinned to the ground by a white police officer’s knee in Minneapolis, lawyer Jorja Jackson met with colleagues in her department to discuss the troubling events and her own experiences facing systemic racism.

Jackson, who serves as senior corporate counsel for Salesforce, the San Francisco-based CRM-software company, shared some poignant memories — from elementary school through university and the corporate world — of being an African-American woman in a predominantly white environment. And as they sat in what Jackson called a “quality circle,” she was struck by how deeply her co-workers listened. 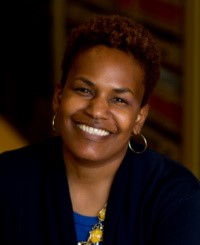 “They stopped and they took the time to understand that,” Jackson told online attendees at December’s sixth annual diversity conference organized by the Roundtable of Diversity Associations (RODA), a provincial federation of 21 diverse lawyers associations, and the Ontario Bar Association.

“If that’s going to be your role, don’t look at it as, ‘Why am I having to shoulder this burden of fixing the world?’ ” she added. “It’s not that. It’s helping to raise a profile and understanding of what needs to be done and what needs to be corrected.”

Being the EDI (equality, diversity and inclusion) Changemaker in Your Practice — the title of the session — is a challenging role, conceded Jackson and the two other featured speakers. But they offered some practical advice and plenty of hope that one lawyer can make a difference.

Take a Free Trial of The Lawyer’s Daily Now

“Within our practice and within the legal profession,” said Jackson, “we know that we have the power to make this change and the ability to make these changes, even if it’s in small steps. We know that with our education and our experience and the roles that we take within our organizations that we have a voice and we should use that voice to impact and to inspire growth and development within this area.”

As an in-house counsel, Jackson said she has observed that corporate legal departments tend to display more diversity than law firms because they understand how that helps them communicate better with customers and move their business forward. Her effort to make change includes ensuring that her company’s outside counsel also understand the importance of equality, diversity and inclusion. “We want them to take that seriously,” she said, “and we hold them accountable.”

In addition to maintaining an internal conversation on EDI issues through her department’s quality circles, Jackson also encouraged attendees to get involved with recruiting new talent. “Where are they recruiting from?” she asked. “Is it a pipeline from a law firm directly into your law department? And is that really where all the available talent should be coming from?”

“There are plenty of other organizations,” she noted. “So press your recruiters to think about reaching out. Can we feed our talent as a pipeline not just from the big white shoe law firms but from these other smaller, lesser known organizations?”

Take a Free Trial of The Lawyer’s Daily Now 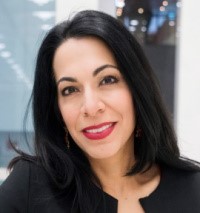 Haniya Sheikh, counsel with the federal Department of Justice, who stressed that her views are strictly her own, advised attendees to start by approaching their managers and offering to form a diversity and inclusion committee if one doesn’t already exist. To ensure executive buy-in, invite a senior manager to join. Create a budget, she recommended, and start organizing programs, like speaker events or open conversations about equality, diversity and inclusion. The committee should encourage senior employees and managers to attend, she suggested, and it should try to collect metrics of various kinds because “numbers never lie.” This could begin with an annual questionnaire of employees who self-identify as being from diverse groups so their career progress can be tracked over the long term.

“When you’ve got a group already mobilized within your organization, you can have these immediate and important conversations that quite honestly are very important catalysts for change,” said Sheikh. “I’ve seen that in some organizations, and I think it’s been incredibly helpful.”

Changemakers should also follow the example of some banks and other organizations, she recommended, by establishing a sponsorship program, which can be a more effective way to promote diversity and inclusion than a traditional mentorship program. Sheikh called it an exciting new concept that can potentially “catapult the career” of a more junior employee.

“Senior employees have a strong voice in an organization and they’re in a position to sponsor individuals from different backgrounds and experiences,” she explained.

“The difference between sponsorship and mentorship, and I think this is critical, is sponsors have an investment that mentors don’t,” she added. “Their protégé’s career outcome is a direct reflection of that sponsor’s advocacy and they’re going to now work more diligently to ensure favourable outcomes for that individual because typically that’s tied to their sponsor’s measures.”

At the same time, lawyers and other employees from diverse backgrounds should not be afraid to promote themselves in the workplace, she said. “It’s a way to push your career forward,” she added, “so you can get at that management table to be that changemaker.”

Sheikh recommended against imposing mandatory diversity training on a law practice or any other organization. “There has been a multitude of literature and studies on this,” she told attendees. “It’s not long lasting and, sadly, it can have the opposite effect, where it can activate or spark a backlash. And I have seen that in organizations, where people become very resentful.” 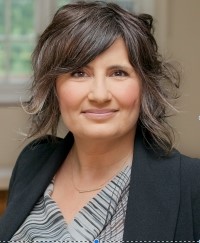 Nikki Gershbain, the Toronto-based chief inclusion officer with McCarthy Tétrault LLP, offered lessons as the chief architect of the large law firm’s Inclusion Now program, which was launched in 2018 to attract, support, retain and advance members of equity-seeking communities, including employees who identify as Black, Indigenous, People of Colour, members of the LGBTQ2S+ community, people with disabilities and women.

“Really it’s about making sure that everyone can move through the organization barrier free,” she told attendees.

She said the program is unique in the Canadian legal community, in part, because it is led by a full-time chief inclusion officer and a dedicated support team.

The key to success for any EDI program is strong leadership and a corporate commitment to dedicating the necessary resources, advised Gershbain. But the most important first step is to devise a strategy based on the organization’s demographics, programs already in place, and best practices in the field.

“For us, this leadership commitment manifests in many ways,” she said. “We also have a CEO-led governance model — our Inclusion Now council, which is comprised of senior leaders from across the organization, so there’s no barrier or information gap between myself, my office and my recommendations and the people who are making decisions for the organization.”

When it comes to talent in a firm or department, the first order of business is to identify and extricate any unintentional, unconscious bias in talent management policies and procedures, said Gershbain. Her firm has gone a step further by developing an anti-racism policy, creating a trans and gender non-binary inclusion initiative, and launching a mental health strategy that includes expanded wellness benefits.

Culture is about making sure that everyone is valued for the diverse experiences that they bring to the table, she explained. At McCarthy Tétrault, that meant introducing unconscious bias training. But to be effective, it has to be part of a wider series of EDI programs.

“So the goal under culture is really to ensure that people feel seen,” she said, “to normalize conversations about diversity and inclusion, and to teach people how to be consciously inclusive.”

For her firm, said Gershbain, the last pillar, community, is about “deepening the impact we’re able to have beyond our office and aligning our pro bono and charitable giving with our inclusion values.” McCarthy Tétrault launched Inclusion Now with a $5 million, five-year donation to the United Way targeting five, equity-seeking groups, and in the summer of 2020 alone, it developed 38 pro bono projects involving its lawyers and summer students.

In her closing remarks, Gershbain urged changemakers to go beyond diversity to focus on inclusion and belonging.

“For diversity to be sustainable over time,” she said, “the D and I program has to focus on inclusive behaviours and practices that create that culture of belonging.

“Whatever you decide to do,” she added, “I think it’s important to know that your intentional leadership matters, that each of us can take responsibility for creating a culture of inclusion in the workplace and that we should.”

If you have any information, story ideas or news tips for The Lawyer’s Daily please contact John Schofield at john.schofield@lexisnexis.ca or call 905-415-5891.


< Back to In-House Counsel Resource Page

This article was originally published by The Lawyer's Daily – providing Canadian legal news, analysis and current awareness for lawyers and legal professionals who need a real-time view on the shifting legal landscape.